Fishermen from Fujian and farmers from Guangdong were the first known settlers in Macao, when it was known as Ou Mun, or "trading gate", because of its location at the mouth of the Pearl River downstream from Guangzhou (Canton). During ancient times port city was part of the Silk Road with ships loading here with silk for Rome.

Even after China ceased to be a world trade centre, Guangzhou prospered from seaborne business with the countries of Southeast Asia, so the local entrepreneurs welcomed the arrival of Portuguese merchant-explorers. They followed in the wake of Jorge Alvares, who landed in southern China in 1513, and set about finding suitable trading posts.

In the early 1550s the Portuguese reached Ou Mun, which the locals also called A Ma Gao, "place of A Ma", in honour of the Goddess of Seafarers, whose temple stood at the entrance to the sheltered Inner Harbour. The Portuguese adopted the name, which gradually changes into the name Macao, and with the permission of Guangdong's mandarins, established a city that within a short time had become a major entrepot for trade between China, Japan, India and Europe.

It also became the perfect crossroad for the meeting of East and West cultures. The Roman Catholic church sent some of its greatest missionaries to continue the work of St Francis Xavier, (who died nearby after making many converts in Japan). A Christian college was built, beside what is now today's Ruins of St Paul's, where students such as Matteo Ricci prepared for their work as Christian scholars at the Imperial Court in Beijing. Other churches were built, as well as fortresses, which gave the city an historical European appearance that distinguishes it to this day.

Portugal's golden age in Asia faded as rivals like the Dutch and British took over their trade. However the Chinese chose to continue to do business through the Portuguese in Macao, so for over a century the British East India Company and others set up shop here in rented houses like the elegant Casa Garden. As Europe's trade with China grew, the European merchants spent part of the year in Guangzhou, buying tea and Chinese luxuries at the bi-annual fairs, using Macao as a recreational retreat.

Following the Opium War in 1841, Hong Kong was established by Britain and most of the foreign merchants left Macao, which became a quaint, quiet backwater. Nevertheless it has continued to enjoy a leisurely multicultural existence and make daily, practical use of its historical buildings, in the process becoming a favourite stopover for international travellers, writers and artists.

Macao has developed in the past industries such as textiles, electronics and toys, while today has built up world class tourism industry with a wide choice of hotels, resorts, MICE facilities, restaurants and casinos. Macao's economy is closely linked to that of Hong Kong and Guangdong Province, in particular the Pearl River Delta region, which qualifies as one of Asia's 'little tigers'. Macao provides financial and banking services, staff training, transport and communications support.

Today Macao is a Special Administrative Region of the People's Republic of China, and, like Hong Kong, benefits from the principle of "one country, two systems". The tiny SAR is growing in size - with more buildings on reclaimed land - and in the number and diversity of its attractions. The greatest of these continues to be Macao's unique society, with communities from the East and West complementing each other, and the many people who come to visit. 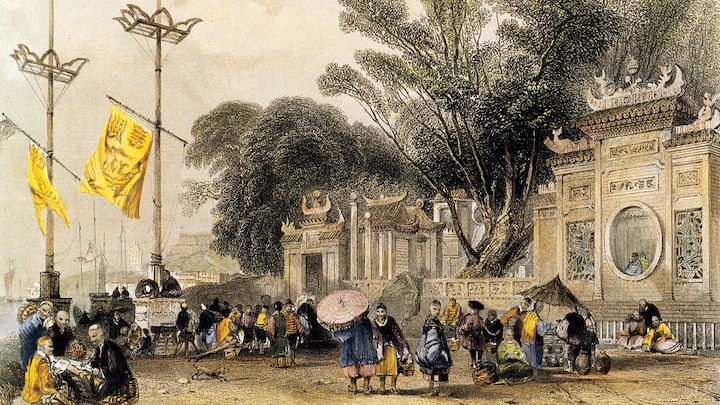